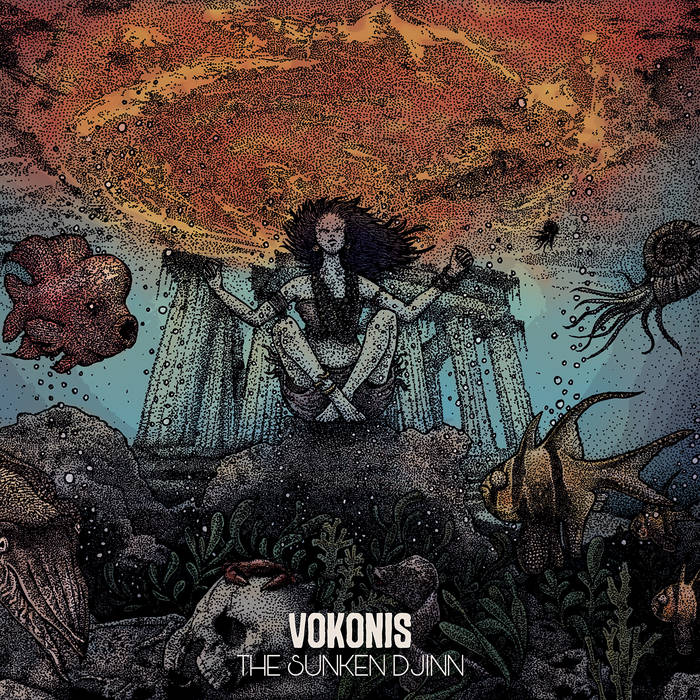 The GENERAL of Stoner Rock Army

The Obelisk
"The Sunken Djinn, as final as the title might make it sound — as in, “it’s sunk” — captures Vokonis in medias res as regards their growth as a band, and with it, they share not just a progress update with their burgeoning audience, but a collection of songs that will further help establish them as one of the European underground’s strongest riff-led up and comers."

Outlaws of the Sun
"Vokonis have delivered not only one of the year's best Doom Metal albums, but perhaps one of the best albums of the year."

The Sludgelord
"Whilst being undoubtedly heavy what makes this sophomore effort stand out is the variation employed in the bludgeon. By embracing less traditional doom landscapes ‘The Sunken Djinn’ has allowed Vokonis room to demonstrate the full raft of their audio-weaponry, and in doing so propelled them to the forefront of the heavy underground."

RAMzine, 5/5 stars.
"Given the album is only 7 tracks long, it sits in at weighty at around 40 minutes long, it is a monumental release and really should stand the tests of time and give bands of similar calibre something to worry about. A band really worth checking out and getting familiar with."

Metal Assault
The Sunken Djinn’ is a high quality stoner/doom record that demands your attention with brutalizing hooks and mixes of innovative, up-tempo doom. Vokonis sets a high bar for the record early on and delivers above and beyond, taking a traditional genre and nudging it forward with soft innovation until it becomes more than just stoner metal."

Recorded in November 2016 in Studio Underjord, produced and mixed by Joona Hassinen. Mastered by Esben Willems of Berserk Audio.

Bandcamp Daily  your guide to the world of Bandcamp